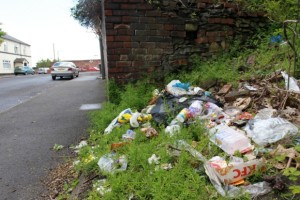 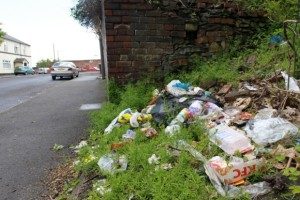 A massive anti-littering campaign has been launched in Sheffield in an attempt to clean up the city. Sheffield residents are being urged to ‘take pride in their neighbourhoods’ in order to prevent the thousands of tonnes of litter that is dumped and dropped on the streets of Sheffield every year. The appeal is also hoped to keep Sheffield’s parks and green spaces clean, of which there are over 800.

The campaign, called ‘Clean Sheffield’ was launched last week and will last approximately one year. The council hope that it will reduce the amount of rubbish that is being dropped all over the city, a problem that is particularly bad in parks and green spaces. According to the council, more than £100,000 per year is being spent by the local authority to deal with the littler problem in parks alone.

As rubbish removal and house clearance Sheffield experts, Clearance and Clean Up think that this campaign is a positive step in the right direction for the city of Sheffield. It’s such a shame that litter is such a massive problem and takes up so much time and money that could be spent elsewhere. Hopefully, with the right education, and with enough people setting a good example with regard to the responsible disposal of litter, the problem of litter in the city can be improved.

The Problem of Disposable Barbecues in Parks

The parks that are particularly bad include Endcliffe Park at Hunters Bar and Devonshire Green in the city centre. They are regularly littered with rubbish, have overflowing bins, and discarded barbecues left on them. The cabinet member for parks Councillor Isobel Bowler said: “One of the things that we’re asking people to think about is when they take disposable barbecues to parks. If they don’t use bricks or a stand then it burns the grass and it does not recover. We want people to have fun in parks but also to think about keeping them clean.”

The campaign ‘Clean Sheffield’ will also praise the volunteers and groups who work hard to keep communities clear of rubbish and encourage more people to follow their example. According to the cabinet member for environment Terry Fox, there are many people who go out every day to collect rubbish locally. He said: “If everybody took a little bit more pride in their city and didn’t litter, that would make a massive difference.”

As well as educating children in schools and organising litter picks, the campaign is hoped to drive more people to report the problem and also to pick up rubbish if they see it lying on the ground. According to Councillor Fox, the issue of having more bins around the city would be ‘looked at’, as there are currently around 3,500 litter bins in Sheffield at the moment. He also said “This campaign is not about buying everyone a pair of litter pickers, it’s about capturing hearts and minds.”

For more information about the service we offer including rubbish removal and house clearance Sheffield in Yorkshire, Rotherham, Doncaster, Barnsley, Chesterfield and Worksop, please contact us on 0800 410 1086 or 0114 403 1021, or email us at [email protected]