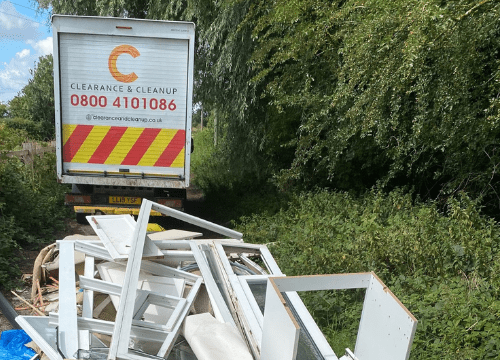 In this article, we look at Doncaster’s increasing fly tipping problem. And what to do if you need to report fly tipping in Doncaster.

But Doncaster Council are fighting back with a £466,000 investment. Creating 15 new jobs in an attempt to tackle their fly tipping issue.

But there have also been calls for changes in legislation as the council continues to spend more on fly tipping than what is covered by fines.

Why does fly tipping happen in Doncaster?

It’s easy to blame fly tipping on people in less affluent areas where houses are often over occupied. But in most cases, it comes from people in households who have paid for their waste to be removed. Believing that it will be taken to a recycling centre.

The problem arises when customers look for the cheapest price to get rid of their waste. Then people posing as genuine waste carriers (and some fly tippers do have licenses) ensure the customer that their waste will be disposed of properly. But when the price is too cheap, this is rarely the case.

The truth is that waste disposal isn’t cheap. It is impossible for these people to take waste at the prices they charge, dispose of it properly and make a profit. This means they must fly tip in order to make any money.

This leaves the person who the waste originally belonged to liable. And they can be prosecuted if the waste is traced back to them. 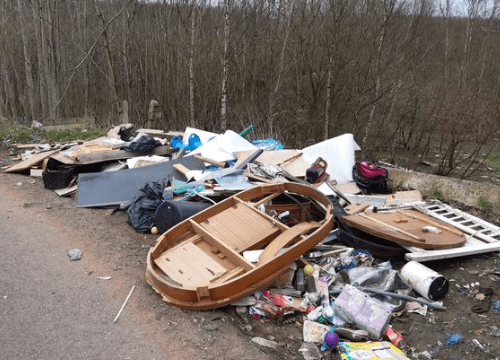 What to do if you see someone fly tipping in Doncaster

Firstly, it is advised that you do not approach someone you find in the act of fly tipping. Bear in mind that these people are committing a crime and may not take lightly to being approached. There have been reports of people being assaulted when approaching fly tippers.

If you can safely gather evidence, such as pictures or videos, without putting yourself in danger. You will be able to submit this when you make a report. But again, safety is the most important thing and it is not advised to approach fly tippers.

How do I report fly tipping in Doncaster?

In order or report fly tipping you will need to tell Doncaster Council where you saw the waste. How much and what types of fly tipped waste are at the sight. Any information you have safely collected about the Fly Tippers.

You can fill in a form with this information here.

Or, if you witnessed the fly tipping personally…

How do I avoid my waste being fly tipped in Doncaster?

To ensure your waste isn’t fly tipped, it is essential that you receive a waste transfer note. This is proof that your waste has been disposed of legally and ethically.

Clearance and Clean Up guarantee a legal and ethical disposal. You can receive an instant quote and book online with us 24/7. And our Doncaster recycling team can usually be there within 24 to 48 hours. Click here to learn more. 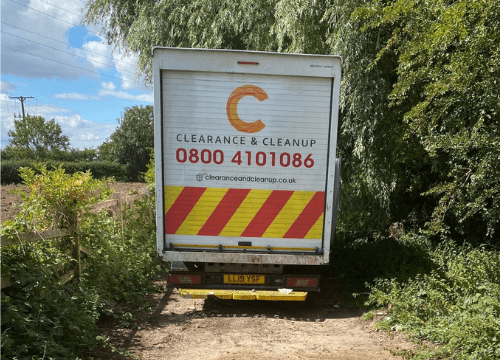