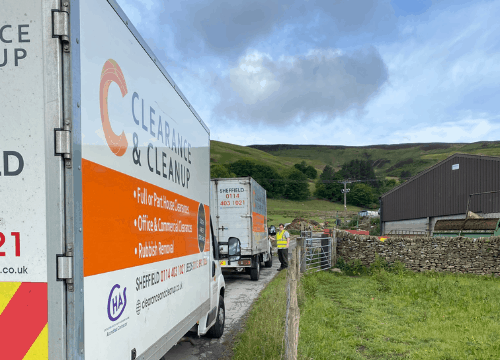 Fly Tipping Manchester - Worst Streets and How To Report

Manchester has one of the worst fly tipping problems in the UK, according to the Manchester Evening News. With over 140 incidents happening every day in Greater Manchester alone.

In this article, we look at the worst streets in Manchester and what to do if you need to report fly tipping in your area.

Where are the worst places for fly tipping in Manchester?

A study from the Manchester evening news showed the 5 most reported Manchester streets in 2019.

Liverpool Road in Eccles was the worst with 54 reports. Lower Broughton Road had 41 reports. There were 37 reports in Romney Street. Langworthy Road and Winifred street both had 32 reports. Rounding off the worst 5 streets for fly tipping in Manchester. 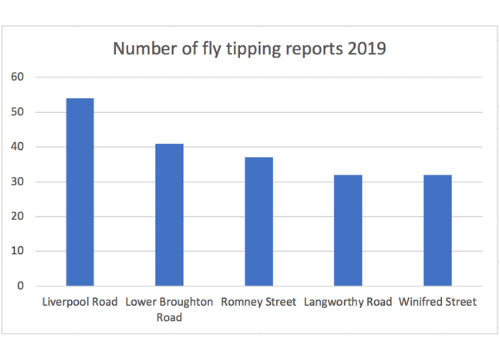 Who are responsible for fly tipping in Manchester?

There are a number of reasons why people fly tip in Manchester. Some of it is down to overcrowding in less affluent areas. Which can lead to littering and fly tipping in gardens and alleyways. But much of the waste comes from people who don’t even know they’re committing a crime.

It is often the case that people will look for the cheapest waste disposal possible. But the truth is that waste disposal isn’t cheap. Rogue waste carriers offer customers unrealistic prices where the only way for them to make a profit is by fly tipping the waste.

This puts the customer in an unknowingly vulnerable position. Because even though the customer has paid for the waste to be removed, they are still liable. Which means, if the waste is fly tipped then traced back to them, they risk prosecution.

This is why it is vital to use legitimate waste carriers and ensure they provide a waste transfer note. This paperwork proves that the waste has been disposed of legally and ethically. 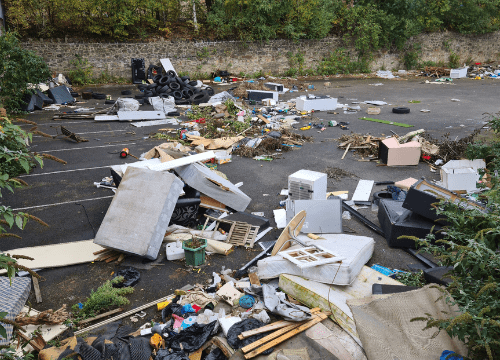 How to report fly tipping Manchester

Please be wary if you catch someone in the act of fly tipping. Bear in mind that these people are committing a crime. They may not take kindly to being disturbed. There have been incidents of people being assualted when confronting fly tippers and it is advised that you DO NOT approach them.

You can report fly tipping in Manchester here. There are a number of different options, depending on the situation.

How do I make sure my waste isn’t fly tipped?

Here at Clearance and Clean Up we offer a man and van service. You can get an instant quote and book online anytime and we can usually be with you within 24 to 48hours.

Leave your waste where it is and our team will take care of all the moving and lifting for you. Providing the paperwork to prove a legal and ethical disposal. We cover the whole of Leeds and the surrounding area. Click here to learn more.