Following on from previous posts we've written about the hazards of fly tipping and illegal waste disposal, we thought it appropriate to draw your attention to a couple of articles we've seen recently. There have been many reports of the contributing factors which lead to increasing numbers and startling figures involving tipping both close to home and further afield. 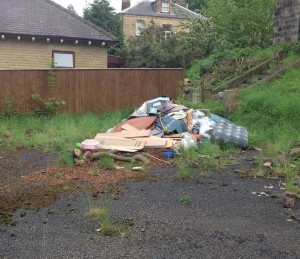 The Star reported back in February about a man in Pitsmoor, Sheffield that discovered a large amount of rubbish tipped on the side of the road. He claimed that the rubbish was attracting rats and was becoming an environmental health hazard. We've spoken about Sheffield being hit particularly badly by fly tippers and this, sadly, is just one example of the way that it is affecting residents.

It has been said that the cuts to the city’s waste removal services has caused the surge in illegal tipping numbers. Weekly household bin collections have dropped from a weekly occurrence to fortnightly, and this 50% reduction in collections, it's been claimed, has resulted in a 180% increase in fly tipping incidents. Last year there were 576 cases compared with 204 in the previous year. It is expected that this number will rise in the coming year too. 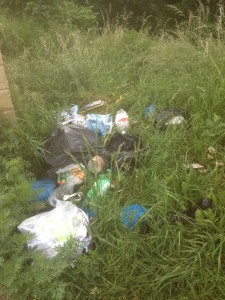 This problem is not just isolated to Sheffield of course, as towns and cities up and down the country are facing waste removal budget cuts, meaning that illegal acts inevitably follow. Businesses are a large source of waste crime, as they produce a lot of waste and are finding themselves unable to cope with limited disposal services. In this article we hear about the hefty disposal fees and landfill taxes that businesses must contend with. This is strained even further by government cuts, resulting in some tradesmen and companies throwing their rubbish into public spaces. Sometimes it is dumped in people’s household bins but more often than not industrial estates, country roads, fields and woodland are the main targets. This is possibly due to the secluded locations.

Again, we’d like to stress the importance of using reputable clearance companies, but also to be vigilant and report either anybody seen dumping waste in public spaces, or conducting illegal operations. If you’d like more information on the damage fly tipping causes to the environment, have a look at our earlier post, here.