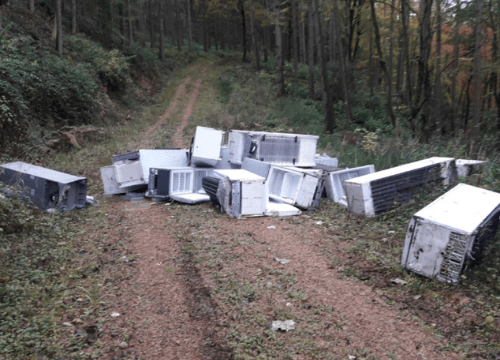 Fly tipping is on the rise in Sheffield. According to The Sheffield Star, there were over 7000 cases reported between January and July in 2020. This is mostly down to people under charging for waste removal and then dumping waste wherever they can.

Often, the general public look for the cheapest waste removal prices. Without realising that they run the risk of fines further down the line. In this article, we look at 3 recent incidents of fly tipping Sheffield. As well as what to do if you need to report fly tippers in your area.

There was a recent incident in Mosborough, where a man was filmed fly-tipping. He had driven his van down a country lane and had almost finished emptying it when he was confronted.

It was a strange exchange as the man who was filming forced the fly tipper to pick up the waste. The Fly Tipper begrudgingly began to refill his van. Whilst asking, "Put it all back? Every bit?”. You can read the full story and see the video here.

Fly tipping in the streets of Sheffield

Cabinet member for Environment, Street scene and Climate change, Mark Jones said, “We carry out regular cleansing in Page Hall to remove litter and fly-tipped waste. We also provide a reactive service when waste problems are reported to us.” Read the full story here.

There was a recent incident in the Stannington Facebook group where a local girl had paid for her waste to be collected. Unfortunately for her, the waste was dumped on Hagg Hill. A countryside lane across the valley.

Members of the Stannington group investigated and photographed the waste. Using it to identifying the young women. She was then called out in the group. But the post was later removed. The members of the group continue to keep their eye on the area. 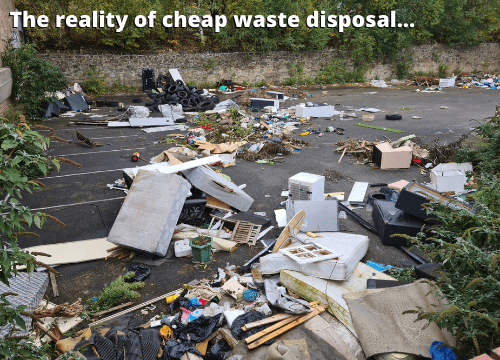 Be careful who you use for waste removal

This goes to show that it’s not just Fly Tippers who can get caught out. It can happen to anyone who doesn’t use reputable companies for their waste removal.

It also shows that it isn’t just the authorities who have their eye out for fly tippers. The people of Sheffield are not taking it lying down. They’re doing their bit to look out for, and report fly tippers in their area.

Where do I report fly tipping Sheffield?

It’s worrying to think that people you thought you could trust will happily dump your rubbish on the streets of Sheffield. Fines start at £80 for littering but are unlimited. Prison sentences can also be given for more serious cases of fly-tipping.

What if I need waste removed in Sheffield?

One way to ensure you are looked after properly is by using a company like Clearance and Clean Up. We guarantee ethical and legal waste disposal. Making sure as much waste as possible is recycled.

We offer 24-hour online booking and can usually collect your waste within 48 hours. Click here to learn more about our Sheffield rubbish removal service. 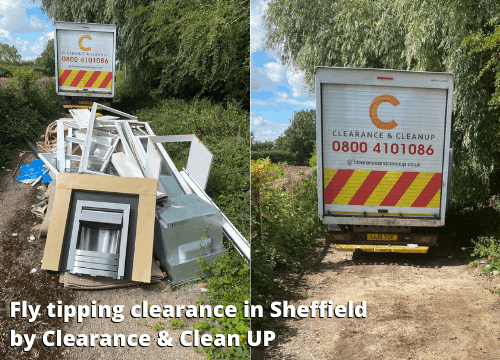 Tom Pickering is the Managing Director of Clearance and Clean Up. Tom has created a highly motivated and well trained team that can deal with multiple tasks in many different environments. Connect with Tom on LinkedIn >>
Related Posts
What to do about Milton Keynes Fly Tipping

Taking at look at Milton Keynes fly tipping. Why it happens, how to avoid becoming a victim and what to do about reporting it.

A guide to Milton Keynes recycling centres. Including the types of waste they accept, which vehicles are allowed where. And how to find them.

A list of all the Milton Keynes charity shops. As well as, where to find them, contact details and alternatives of they won't take your items.