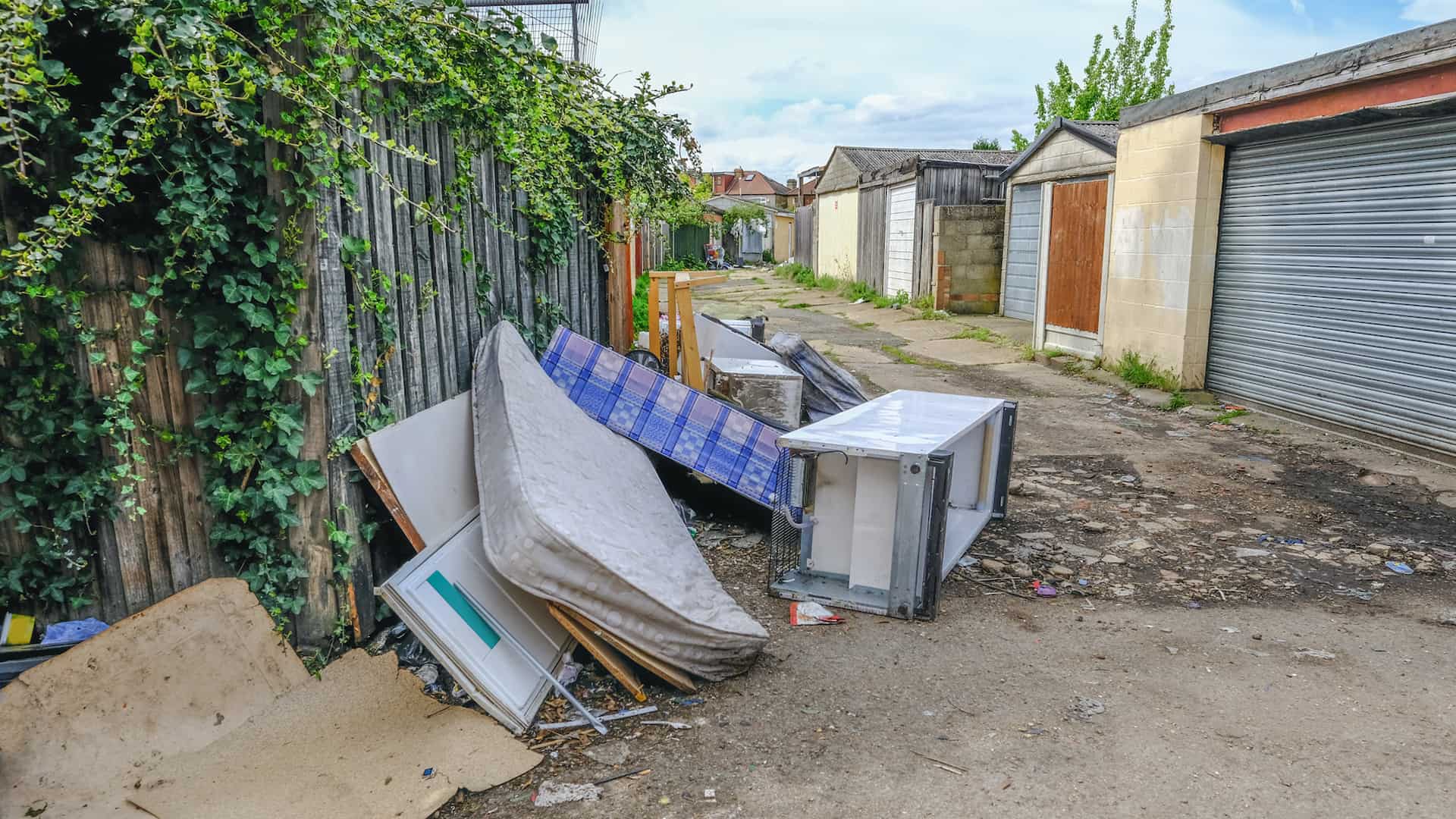 Whether it’s working from home, video call quizzes or rainbows in the window, there are plenty of trends that have emerged or become more popular during the UK lockdown. But while some are positive, others are downright rubbish.

Research from the universities of Portsmouth and Southampton shows that fly-tipping has increased by as much as 300 percent in some areas since March 23rd. Read on as we take a closer look at this awful development.

The rise in fly-tipping since the end of March is far from a coincidence. When the country entered lockdown on 24th March, everything from schools and workplaces to shops, bars and restaurants were forced to close.

There was no exception for Local Authority tips and recycling centres, most of which were closed in line with Government advice. Nor was there for charity shops, which usually take in a lot of people’s unwanted goods.

At the same time, there’s been a significant spike in renovation projects, as people look for something to do with their new-found spare time. B&M reported a significant rise in sales for DIY and gardening products between March and May, for instance.

To add to the landfill of issues, some councils have even cut back their waste collection services as a result of social distancing measures, staff shortages or the closure or recycling centres. On top of all that, we’ve seen countless beauty spots trashed by people’s litter as lockdown measures were slightly relaxed.

Clearing up the mess

The majority of fly-tipping is left to the council to clear up. But it comes at a cost. In 2019, fly-tipping cost the taxpayer almost £60m to clear up. That’s without the huge spike in cases we’ve seen this year. In simple terms, the recent fly-tipping epidemic means the council will have to throw away time and money they’re already short on.

What’s worse, however, is when fly-tippers dump their waste near your home or even on your property. Local authorities might be slow to react or even refuse to clear waste without a charge. Unfortunately, it’s the property owner who’s ultimately responsible for fly-tipping on their private land.

There’s also a growing issue with disreputable waste collection companies who simply dump rubbish elsewhere after collecting it, highlighted on Channel 4’s Joe Lycett’s Got Your Back…

This plot of land in Brixton was due to be a school. Fly tippers broke in & dumped tons of dangerous illegal waste here. Luckily we tracked them down, lured one of them to a house we’d rigged with cameras, and gave them a big gay surprise. 🏳️‍🌈
Tonight, @Channel4, 8pm. #GotYourBack pic.twitter.com/0NSMRcSvTW

Rubbish removal you can rely on

If you’ve been a victim of fly-tipping during lockdown and the council hasn’t come to the rescue, get in touch with the team at Clearance & Clean Up.

Our fully trained rubbish removal operatives can remove anything from furniture and appliances to litter, bags of rubbish and garden waste throughout Yorkshire. Rest assured, everything is disposed of properly, so you have complete peace of mind.