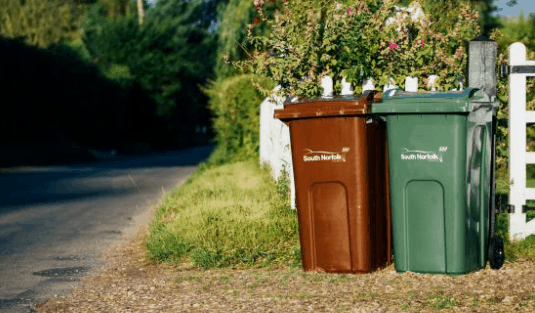 Is using Someone Else's Bin illegal.

Is Using Someone Else's Bin Illegal.

The question was asked on Moneysavingexpert.com , with one user pondering: "Bins are out, yours is full, several doors up the road theirs is out but empty, is there any offence by putting your excess rubbish in their bin when on the pavement ?

"Risk of a whack on the nose from a belligerent neighbour I realise, but only interested in in the legalities of the hypothetical situation."

Sure, it may be morally wrong - but is there anything actually in the LAW which makes it outright illegal?

Put simply, it's a form of anti-social behaviour, and regularly referred to in the waste trade as "bin stuffing."

“The phantom bin stuffers are out there, just as everybody predicted,” says BusinessWaste.co.uk Waste Management Director Mark Hall.

“They’re the same as fly-tippers – heaping their waste on others because they’re too lazy or too tight-fisted to deal with it themselves.”

Tom Pickering is the Managing Director of Clearance and Clean Up. Tom has created a highly motivated and well trained team that can deal with multiple tasks in many different environments. Connect with Tom on LinkedIn >>
Related Posts
Fly Tipping Barnsley - Why It Happens and How To Avoid It

There are 4 Barnsley recycling centres. This guide shows the waste each accepts, where to find them and how to get in touch. As well as alternatives.

Here, we have listed all the charity shops in Barnsley. As well as contact details, where to find them and alternative ways to recycle your items.