With a new shopping mall and multi-purpose arena built right in the centre of Leeds, it’s understandable that the council (and indeed the residents) want the city to look its best as it attracts new visitors. Last year though, the amount of complaints about litter doubled from the previous year with almost 3,000 grievances being filed. The number of complains concerning dog fouling were up to 827 last year too, which is almost 8 times the amount that it was from the year before. Clearly litter is a problem in Leeds, so it is encouraging to hear that Leeds City Council has schemes in place to keep the city centre clean. 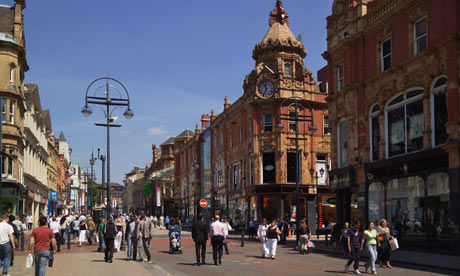 Taking it to the Streets
A private firm has been hired to issue on-the-spot fines if they see anyone committing an act of littering, with the penalty standing at £75. A small team is currently patrolling the heart of Leeds, on the lookout for those carelessly discarding rubbish instead of using litter bins, or allowing their dogs to foul the pavements. There is slight controversy over the fines system however, as Leeds city council take a percentage of the fine, whilst the hired firm takes the rest. The catch is that this is how the company makes their money, as they are not being paid by Leeds City Council. This could lead to heavy handed policing of the situation and misleading figures being produced.

The Right Impression
This is a trial scheme that is being run, however between the period of April to July over £44,000 has been generated as a result of the fines. This means that a six figure sum could potentially be reached within a year. The council claims that although they stand to make money from the scheme, their primary goal is to improve the look and cleanliness of the city. With the rise in visitor numbers to Leeds, they say it is important to create a good impression to encourage repeat visits to the popular West Yorkshire hub.

Your view?
What do you think about how this litter problem is being handled? Surely any scheme to keep our streets clean is a good thing, though perhaps a private hire company could lead to overzealous officers dishing out unnecessary punishments. Let us know in our comments section below.

Clearance and Cleanup offers a litter picking service, available to cater for both public spaces and private hire. Whether this is a short term job, such as cleaning up after a festival, or longer term contracts working in conjunction with councils or agencies, we are able to accommodate most needs.