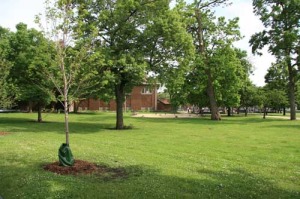 As rubbish removal Sheffield experts, we are fully behind the ‘Love Where you Live’ campaign from Keep Britain Tidy. The Sheffield Star has recently reported that fly-tipping has been reduced by a third on council estates in the east of Sheffield. Council chiefs are putting the success down to the ‘Love Where you Live Campaign’, which targeted estates including Margate, Carwood, Lower Wincobank, Lopham, Wensley and Greenland. The council organised various clean-up days, estate walkabouts and home visits, and distributed posters, factsheets and leaflets about rubbish disposal.

Littering and Fly-Tipping in Sheffield

Last March, the Sheffield Star published a story highlighting the serious problem of littering and dog fouling, reporting that the number of people who were given fixed penalty notices had tripled during 2013. September saw South Yorkshire Police and community support officers becoming the first in the country to collect evidence of the problem, with the council welcoming increased action against offenders. With regard to the recent fall in incidents of littering and fly-tipping, Councillor Harry Harpham said “We remain committed to this and the work has already had very positive results.”

The Keep Britain Tidy ‘Love Where you Live’ campaign is based on the idea that respect for your planet begins with respect for your neighbourhood. Celebrity ambassadors Ben Fogle and Kirstie Allsopp are helping to celebrate the UK’s green spaces, encouraging people to clean up communities and tackle the problem of dog mess.

As an independent charity, Keep Britain Tidy fights for people’s right to live and work in places of which they can be proud. They believe that caring for the environment is the first step to a better society, and work at the heart of business, government and community to help people understand that what’s good for the environment is also good for us. As a professional rubbish removal company in Sheffield, Clearance and Clean Up firmly believe that our environment is incredibly important, and that keeping the place where you live tidy and rubbish free is a must for a healthy, happy society.

Our rubbish removal Sheffield services are affordable and hassle-free. We have a team of specialist, highly trained, uniformed staff who provide a reliable rubbish removal, clearance and recycling service across Sheffield, Barnsley, Doncaster and Rotherham. Once we’ve collected your rubbish in our rubbish removal trucks we’ll make sure it’s disposed of responsibly and sustainably through our extensive contacts which include local charities and material recycling stations.