Playing fields and parks are focal points within communities and are used by lots of people for a variety of reasons. As events are often staged in these public spaces however, littering and rubbish becomes a problem for those that use them afterwards. The issue of littering is one which has been around for a long time and doesn't seem to be going away. Littering shows a complete lack of consideration for other people, and local councils are keen to keep their public spaces clean. 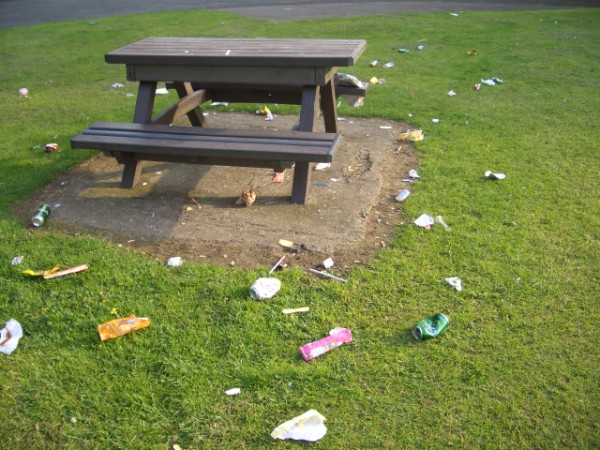 Keep it Clean
In Blackpool, councillors have requested that local football teams using playing fields clean up after they have finished playing, as empty drinks bottles are often left behind. It has been suggested that the team takes black bin liners with them and perform routine walks along the touch lines after the matches have finished collecting rubbish as they go. With such a large number of people it is difficult to keep track of who is disposing of their rubbish properly, so carrying out a large sweep of the area would certainly help to cut down on the amount that is left behind.

Pitch Invasion
The clubs have responded claiming that they do not leave any rubbish behind when they leave the fields. They also say that the team’s managers regularly have to clean up before the match due to the broken glass bottles and sharp cans strewn across the pitches. This is of course extremely dangerous for players as any cuts they sustain could lead to a trip to the hospital! Litter isn't just a matter of tidiness; it can also be unsafe for children, animals and those unaware.

Respect
As these public places are shared by everybody, each with a different use, it’s important that we consider our neighbours’ needs and respect their right to a safe and clean environment. Whether we are playing football, walking dogs or sitting out for a picnic cleaning up after ourselves should be an automatic action. If fairs or outdoor events are being held then a cleanup becomes a much more difficult task. Outside help from specialist companies such as ourselves is a sensible option to make sure all waste is cleared thoroughly and effectively.

Tom Pickering is the Managing Director of Clearance and Clean Up. Tom has created a highly motivated and well trained team that can deal with multiple tasks in many different environments. Connect with Tom on LinkedIn >>
Related Posts
What To Do About Chesterfield Fly Tipping & Why It Happens

Here we look at Chesterfield fly tipping. Where you can report it, how to avoid becoming a victim and why it happens.